Team building is an essential activity within an organization. In a previous post here on OPA, we’ve cited reasons why it’s important, thus, companies and other types of groups ensure that team building is always a part of their developmental plans.

One of the challenges though, is to think and prepare various activities that will do the job of accomplishing the goals of the team building process, whilst simultaneously letting participants enjoy the sessions. Coming up with new ways to achieve both results fall upon the organizers of the event.

Superheroes are deemed the ultimate representations of greatness. Whether it’s about values and morals, physical abilities and talents, or attitude and personality, these characters are at the top of their game.

Taking those descriptions into account, creating activities that feature superheroes, directly or otherwise, can be an effective method in team building sessions. Check out some activities inspired by super characters. 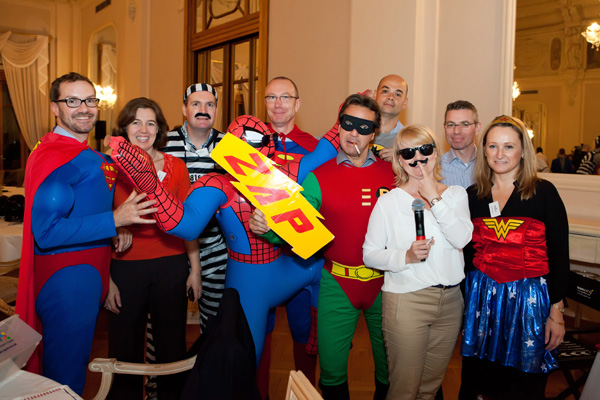 This simple activity suggested by Quick Team Building Activities is great for bringing out creativity and artistic qualities in every member. First, you need to separate the participants into groups.

The initial task is to come up with a superhero team name. Next, they must name each individual within the team. The last part is to draw superhero costumes for each character.

After the set time, let the teams present their creations. You may give bonus points to those who made additional facets to their characters such as backstories, source of powers, etc.

This activity not only promotes creativity. It also requires cooperation given that one member may be great at illustrations, and another at inventing names, and so on.

Materials needed:
Various, depending on the facilitators

This activity can be an excellent follow-up to the one listed above. Team Tune Up explained that once the groups are done creating their superheroes, they can then proceed with their ‘superhero missions’.

The facilitators will hide items (i.e. notebooks, pens, etc.) and spread out the participants to search. The best part is that you can tailor specific rules based on the powers that each person has been given.

For instance, they found an item but the larger part of it is pinned under a rock. Only the person with ‘super strength’ may lift the rock and get the item. Another scenario is if a member saw an item on top of a bookshelf for instance, only the one with the power of flight can go up and retrieve it. You can make all sorts of combinations for extra fun and to challenge everyone!

Partygamesplus.com suggested this activity inspired by Spider-Man, and although it was listed as a party game for kids, it definitely passes as a team building activity, too. The facilitators will prepare an obstacle course and place toy spiders at different spots within the activity area.

Next, a participant will be blindfolded then his/her group will guide the player along the course to get as many spiders as they can. The voices of the teammates will serve as the ‘Spider Sense’ for the player to successfully gather the items and navigate the course.

Afterwards, facilitators can replace the spiders in other spots, and the next ‘Spider-Man’ will then enter the activity area. The group with the most number of collected spiders within the time limit wins.

To sum it up, the appeal of superheroes has such a wide impact, that it now influences a lot of activities. Their faces or logos are used as designs in a variety of merchandise including apparel, tumblers and toys. They’ve also crossed over the comic book boundary and starred in numerous movies, most notably in Marvel and DC flicks.

Additionally, video game titles have been produced either directly featuring superheroes or as a theme. Movie News Guide highlighted the hit console game Injustice: Gods Among Uswhich features several characters from the DC Extended Universe, and mentioned that it also spawned a mobile version as well as a sequel that’s reportedly in the works. The slots title The Avengers, which is among the wide array of jackpot games from provider Betfair Casino, is another game that takes inspiration from the renowned Marvel superhero team. Countless other console and mobile games have appeared over the years due to the popularity of superhero characters.

When it comes to activities, superheroes are an excellent reference as they embody a set of traits that can be used as inspiration by the whole group. For your next team building session, try taking the superhero path to bring out the best in each of your group members.

© 2021 On Purpose Adventures | All Rights Reserved