adventure awaits...and we help you find it

New Adventures, Product Reviews, Upcoming Events and much much more.

Christmas Eve service at the First Baptist Church of Ford City was tradition. I would always ride from there to pap’s after the service with Uncle Eric and his girlfriend at the time. We had a spread of cold cuts, fried chicken and veggies waiting for us. It was almost torture. I had to wait until everyone arrived and had eaten before the meticulous wrapping was destroyed. I was the only kid present since my cousins lived hours away and showed up a few days after Christmas. The other guests were distant relatives, second and third cousins, the preacher, his family and dogs running everywhere.

Personal Growth is a Planned Event

It is an old adage, but it isn't cliche`. In fact those four words need to be analyzed and studied.

That statement is the rebuttal following "wisdom comes with age". Forgive, actually dwell on, the following phrases as they are extremely powerful when realized. Wisdom comes from experience and experience comes from making mistakes. When that is added the realization the OFTEN age comes alone sinks in. While we as humans are making mistakes all the time, many don't make them in the areas needed for growth and success, both personally and professionally. Several other blog posts can be dedicated to defining success. For now just use the picture of it you have in your head, the following should still help you achieve it.

The Thankfoward Club - acts of kindness on purpose

To give thanks. To show gratitude for things you have, both in possession, relationships and undefinable areas.

"Many people lose the small joys in the hope for the big happiness.”

We are also a nation that now, while still digesting a meal meant to be the celebration of being thankful, can trample and physically fight with absolute strangers to purchase things we don’t have. While some make this a family affair, sometimes just to people watch, it is a sad and ironic situation nonetheless. 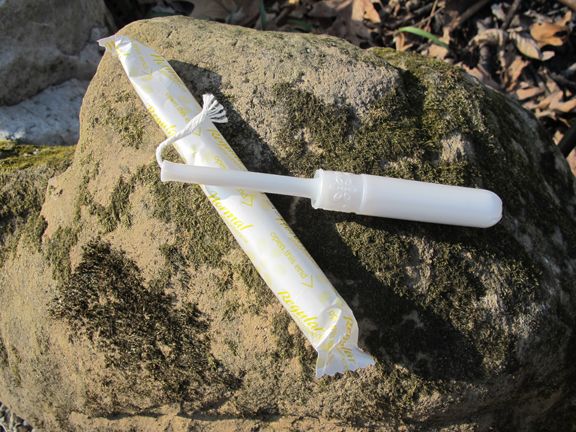 Do me a favor for the next 5 minutes.  Try to forget everything you know about a TAMPON.  I know, it’s hard.  But pretend that this is the first time you have ever seen or heard of the item below and it is a new survival product on the market: the Tactical Adventure Medical Preparedness Outdoors Necessity (T.A.M.P.O.N.)

All kidding aside, a TAMPON really does have a ton of uses to a survivor.  One could even argue to include a couple in your survival kit.  Ultimately, I’ll let you be the judge.

Let me start by stating, for the record, that I do not run. I don’t do marathons. I don’t do 5k’s. I don’t even jog. If you see me running, it’s probably a good idea that you do the same because something very bad is on its way. Think tsunami, derailed train, angry mob of ex girlfriends, etc. Given that I don’t run, it’s pretty safe to assume that I don’t regularly attend events that are based around running. It’s just not my thing.

Saturday, October 26 was different. A friend of mine invited me to go to a race where runners would be chased by zombies and not only had to finish, but had to survive without getting infected.

Warning! Warning! The Infection Has Spread

A joint taskforce has been called to reconvene on Saturday, October 26, 2013 for a scheduled quarantine to control the outbreak.

That’s right folks, The Charleston County Park and Recreation Commission and On Purpose Adventures has done it again.

The FIRST zombie 5K race in Charleston will take place again at the beautiful North Charleston Wannamaker County Park.   We had you and your family running scared from zombies last year and we intend to do it again. The party isn’t over after the race this year, oh no. Cinebarre will have their big outdoor screen and we will be showing Zombieland once the sun sets. The food and beer will be served for hours after the race. rUNdead is family friendly.

This past Saturday night Music Farm was lit up by hundreds of glow sticks bobbing to the beats of Ben Fagan and the Holy City Hooligans.  They were joined by an eclectic crew of Charleston’s top talent including: Quentin Ravenel, Elise Testone, McKenzie Eddy, JamiSun Hodge, Richchus, Kyle K’Otic Johnson and more to celebrate the release of the Holy City Hooligan’s new album ‘The Freestyle Sessions 2’.  The show even featured some amazing breakdancing from Linkz Breakdancers that had the crowd ‘clearing a circle’ for them to get down right in the middle of it all.

This past weekend On Purpose Adventures had the pleasure of being part of one epic flyboarding birthday adventure.  If you are unfamiliar with flyboarding it is similar to the water jet back only a lot more fun.  Think Ironman on the water and when you see the pictures you will probably agree.  So let’s get down to the details.

The birthday boy wanted a unique party in which to invite a bunch of friends to try something most have never done before and spend a whole day on the water.  HydroFly was just the event venue for this.  HydroFly operates flyboarding in both Charleston, SC and in Myrtle Beach, SC but the birthday was to take place in Charleston.  OPA was able to get them a great group rate including catering on the water….more on that later.

When the nearest grocery stores is miles and miles away, vertically or horizontally eating is a planned event. And unless you like cold meal bars and cool drinks having a great, light-weight, compact stove is a great idea. There are many to choose from. Points to consider are weight, capacity, fuel needs and price.  We have not used all the different types, please check out this review from a trusted source http://www.outdoorgearlab.com/Backpacking-Stove-Reviews

“How do I know if a girl is more like Ms. Pacman or Frogger when it comes to her adventurousness?” asks a caller from the first show of Love Bent and Adventure Bound, the newest show on the online community radio station Kinetic HiFi (www.KineticHiFi.com).

And that is why we are engaging in this medium. Billed as “an exploration in dating and living on purpose”, we aim to directly interact with listeners, fans, hopeless romantics and adventure junkies. Online radio, especially local radio gives listeners options and can provide a great source of entertainment.

By accepting you will be accessing a service provided by a third-party external to https://onpurposeadventures.com/

© On Purpose Adventures | All Rights Reserved